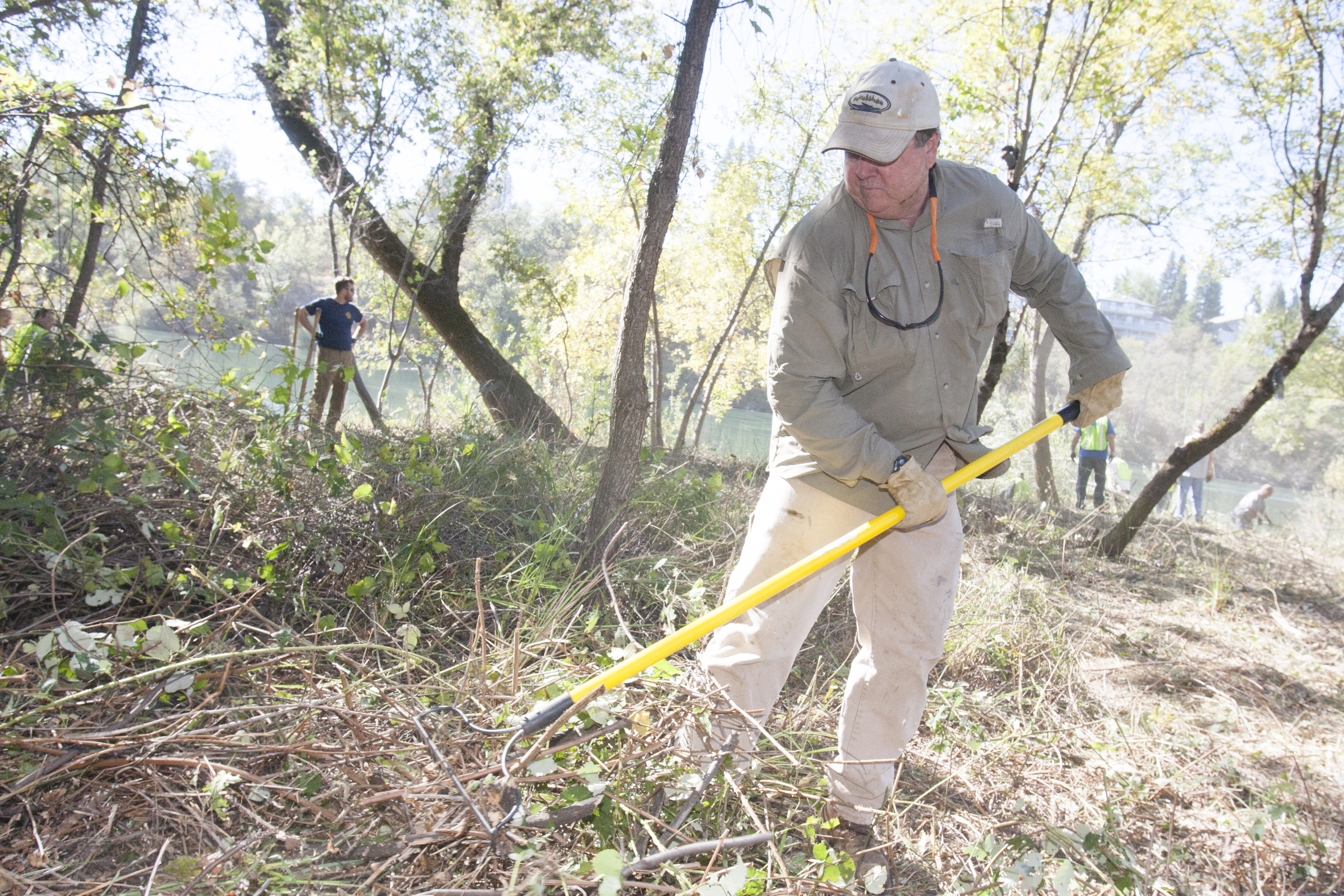 We’re please to be able to partner with a host of organizations and volunteers each year to help beautify our local River Trail area. The following report comes to us from event organizer Randall Smith.

To write that this morning’s 10th Annual CCCU event was a huge success would be a serious understatement. Hundreds of volunteers including City Park staff using everything from their hands to seven giant chipping machines restored a riparian savanna along the Sacramento River which had been missing since the building of Shasta Dam. Many community groups and individuals numbering over five hundred reclaimed in four hours what decades of non-native plant intrusion had encumbered along the North Sacramento River Trail from Carter Creek to Harlan Drive.

Several giant piles of wood chips totaling an estimated 150 cubic yards will be used as pathway surface on new access to the River from the asphalt. A pleasant meander in several places replaces an impenetrable barrier of Himalayan blackberry which not only prevented approach to the River, but completely blocked even a view of this lovely watercourse. A Lake Redding Drive resident declared that he had lived in his home for thirty four years and never had seen the River from the Trail in this area.

“In Wildness is the preservation of the world.” -Henry David Thoreau 1862

At least three generations of workers, many wearing shirts of their respective community origins, converged on the project area and never issued a word of complaint or disharmony. These volunteers gave a lasting gift to users of this popular trail and the City. Besides access to the River, fire danger reduction, restoration of a healthy natural ecology; trail users can now visit a long river margin of native azalea formerly lost in the tangle of unwanted vegetation.

There will be further enhancements coming to this area of prodigious effort. Careful piles of blackberry cane will be covered, burned when it is safe to do so and then California poppy seeds sown on the weed free charcoal beds. Herbicide application to any regenerating infiltrators will be performed. And other native plant installations will occur.

Thank you to everyone who came and gave their time and effort. This was the best so far and showed Redding’s sincere devotion to its open spaces.